To date, the Arabian Peninsula has only rarely been archaeologically explored. Although it is one of the driest regions in the world, its eastern part, which is mainly occupied by the Sultanate of Oman today, had a cultural and economic heyday as early as the 3rd millennium BC. However, it is not yet known how people managed to adapt to the marginal environment at that time. In particular, there is a lack of precise chronological differentiation of environmental changes in Central Oman, especially with regard to the availability of water and vegetation dynamics. It would thus be possible to make connections between people’s way of life, subsistence and failed or successful sustainability strategies, on the one hand, and the fragile environment, on the other. 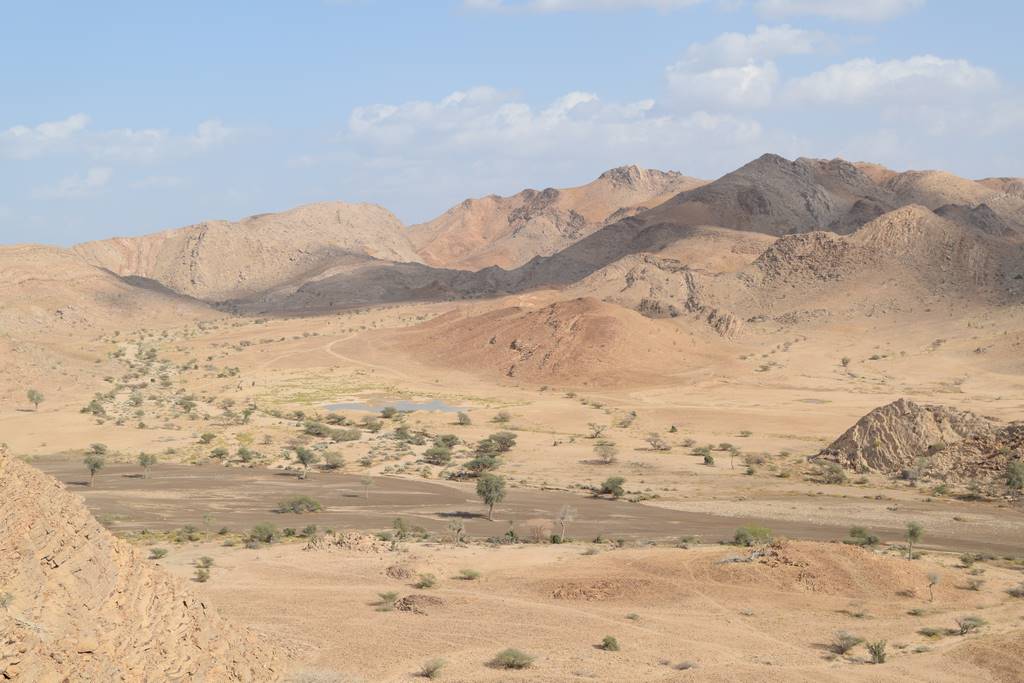 Funding for the new joint research project began on 11 November 2020 and is provided by the Federal Ministry of Education and Research (BMBF) as part of its funding directive “Kleine Fächer – Zusammen stark”. In the course of the four-year project in which Tübingen and project partners from Mainz, Frankfurt and Göttingen are involved, various natural scientific and archaeological methods are used in order to examine the environmental changes and the way of life of the people in Central Oman in the 3rd and 2nd millennia BC. In addition, comprehensive data on the environmental conditions are collected and evaluated as well as linked to known historical events that took place during this important period. The multi-proxy approach of the project includes the analysis of phytoliths, pollen, seeds and charcoal to determine the flora, the study of snail shells, which provides insights into seasonal changes in precipitation and temperatures, as well as geomorphological analyses that compile the development of environmental resources, especially water, and the adaptation of society thereto. Human intervention in the ecosystem and thus the interaction between humans and their environment also play an important role. The results of the joint research project are expected to provide innovative insights into the landscape of the Bronze Age and also deliver valuable findings on the sustainability strategies used by the people in Central Oman. With this knowledge, the causes and connections between different ways of life and subsistence, on the one hand, and the environmental conditions in the region, on the other, can be understood.

The project is not only aimed at the academic audience, but also at the general public. On this project website, images and texts about the results that have been obtained are compiled on a regular basis and are easily understandable for non-experts. In addition, the project provides food for thought on the current debates on climate, the environment and sustainability, and would like to stimulate a critical examination of the situation today. In this context, the role of mobile groups in semi-arid areas of the world, which often suffer from oppression, but which have gathered valuable knowledge over many millennia on how to deal with scarce, vital resources and changing environmental conditions, will also be addressed.