During construction work in 2016 at Muhaliyah, 25 km to the east of Izki, the cover stones of a Samad period tomb (300 BC – AD 300) were uncovered. Thereupon some members of the team of the University of Tübingen working at Al-Khashbah conducted a rescue excavation here in cooperation with Waleed Hamed from the Ministry of Heritage and Culture. The tomb is situated at the south-eastern edge of the large cemetery of Muhaliyah I. It is a subterranean stone cist tomb that was covered by three large stone slabs. Within the tomb the skeleton of a man in a flexed position was found.  The grave goods include two complete pottery vessels, one of them filled with 18 glass beads. Additional glass beads and fragments of iron arm and finger rings were scattered around the skeleton. 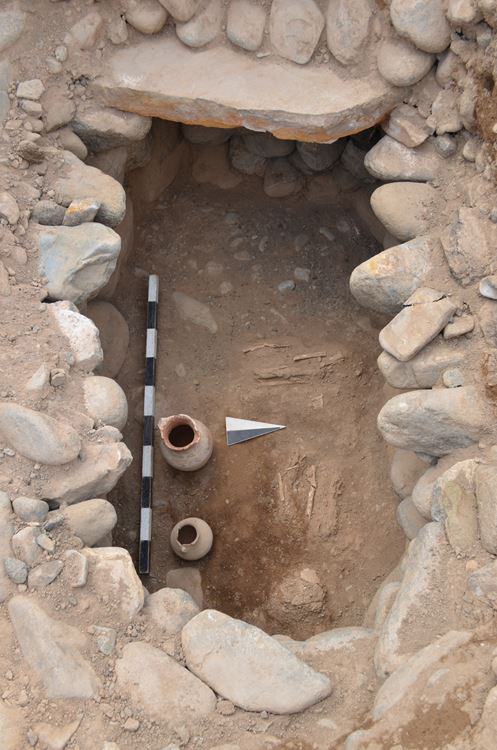