Between the 5th and 6th of March 2017 part of the team from the University of Tübingen working at Al-Khashbah conducted a rescue excavation at Lizq, about 15 km away, in cooperation with Waleed Hamed from the Ministry of Heritage and Culture. The initial starting point was a stone vessel from the Wadi Suq period (2000−1600 BC), which was found during the construction of a modern courtyard wall. The first step was to sieve the already excavated earth and in the process a large copper pin, a flint tool, as well as highly fragmented human bones were found. Afterwards the related tomb was located and uncovered. The oval tomb with a length of 2.40 m is lined with a rubble stone wall and divided by the aerated concrete courtyard wall in two halves. Within the tomb, remains of at least three adults and one child together with three arrow heads and some beads were present. 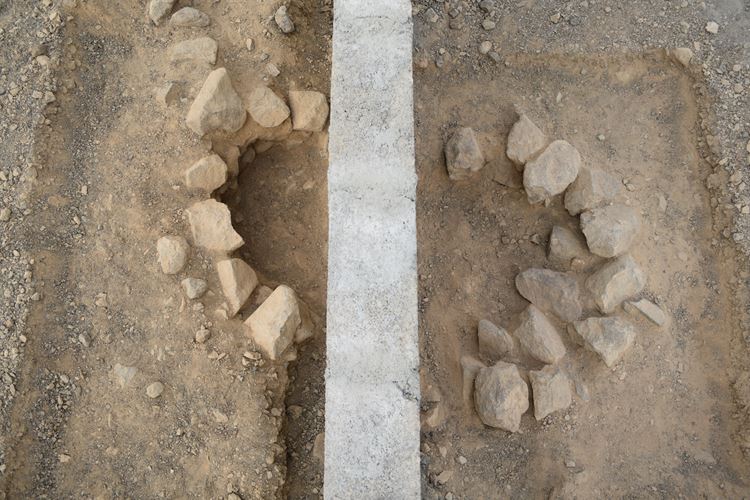 Stone vessel, arrow heads, and stone tool from the tomb.