The 3rd millennium BC in Oman is a period of fundamental changes in the development of social complexity, use of new resources, and in the way of life of people. Monumental round structures from this period, so-called towers, at sites, such as Al-Khashbah, have been intensively studied in recent decades and are considered regional centres of early Bronze Age cultures. However, current theories on settlement hierarchies are inadequate and require better data. In particular, little is known about smaller sites without monumental structures in the hinterland.

Survey area with the modern city of Al-Mudhaybi and the two Bronze Age sites Al-Khashbah and Fath.

For the Al-Mudhaybi Survey, an overview of the settlement history will be created and the archaeological structures in this approximately 22 x 22 km area around the modern city of Al-Mudhaybi will be mapped. The survey area also contains the two Bronze Age sites Al-Khashbah and Fath. The survey uses a combination of different  methods: remote sensing with the help of freely available satellite images, GIS-based landscape modelling, targeted and systematic intensive surface survey. The systematic survey differs from traditional surveys in that the systematic survey does not limit the collection of artefacts to already identified and anticipated sites, but rather takes into account places in supposedly empty areas between the localities. It is the only way to find smaller sites, such as mobile camps and other artefact scatters, and, thus, create a representative overall picture of the study area that is not just based on a few larger sites. 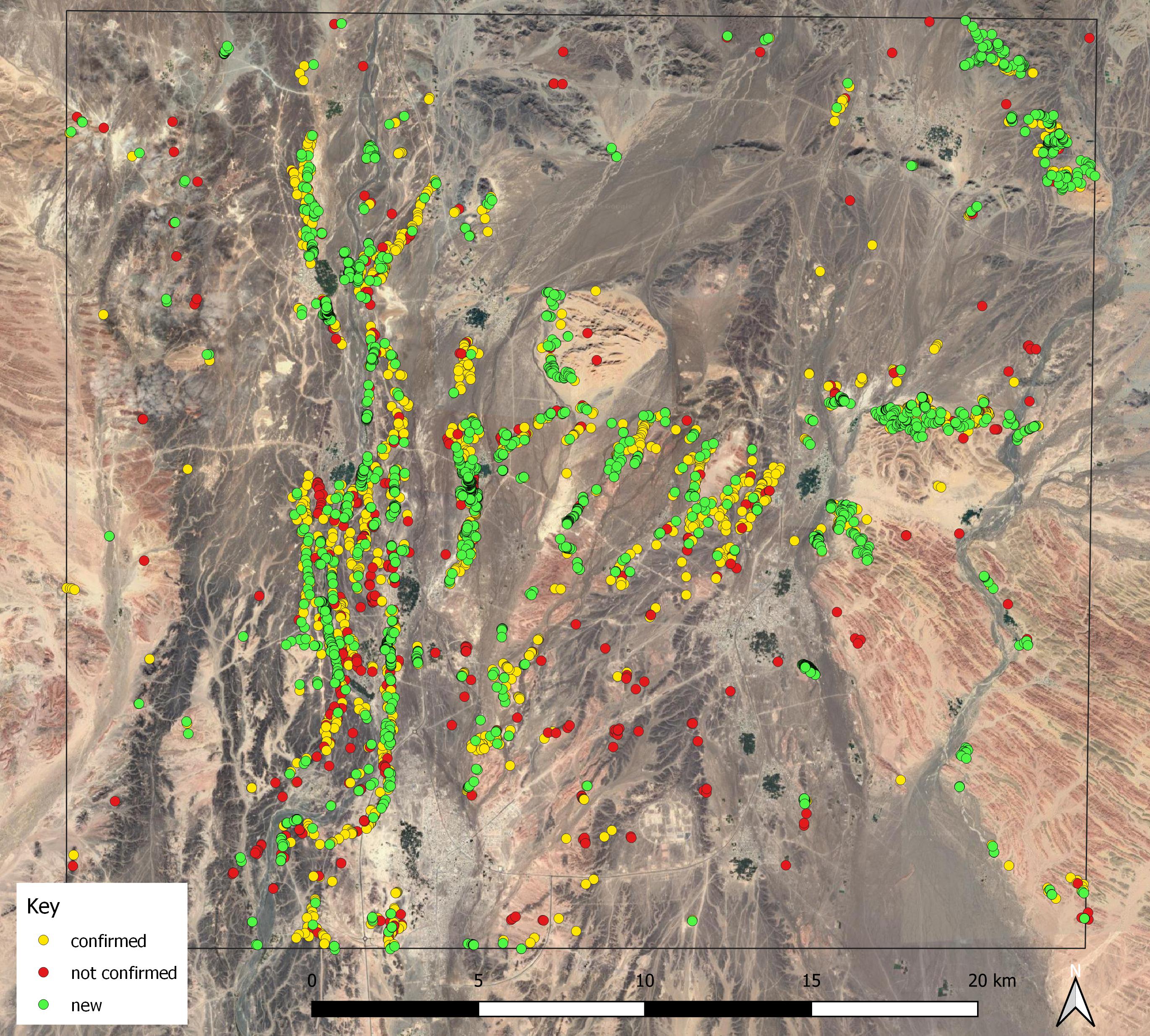 Positively and negatively identified archaeological structures as well as newly discovered ones during the survey.

The vast majority of the discovered structures are tombs. Most of them date to the Hafit period (3100–2700 BC). In addition, some Wadi Suq period (2000–1600 BC) tombs and several tombs with Iron Age finds (1200–300 BC) were discovered. Tombs from other periods, such as the Umm an-Nar period (2700–2000 BC), are rare. The structures found are mainly concentrated along Wadi Andam, in the east of the survey area, and on various hillside slopes in its centre. 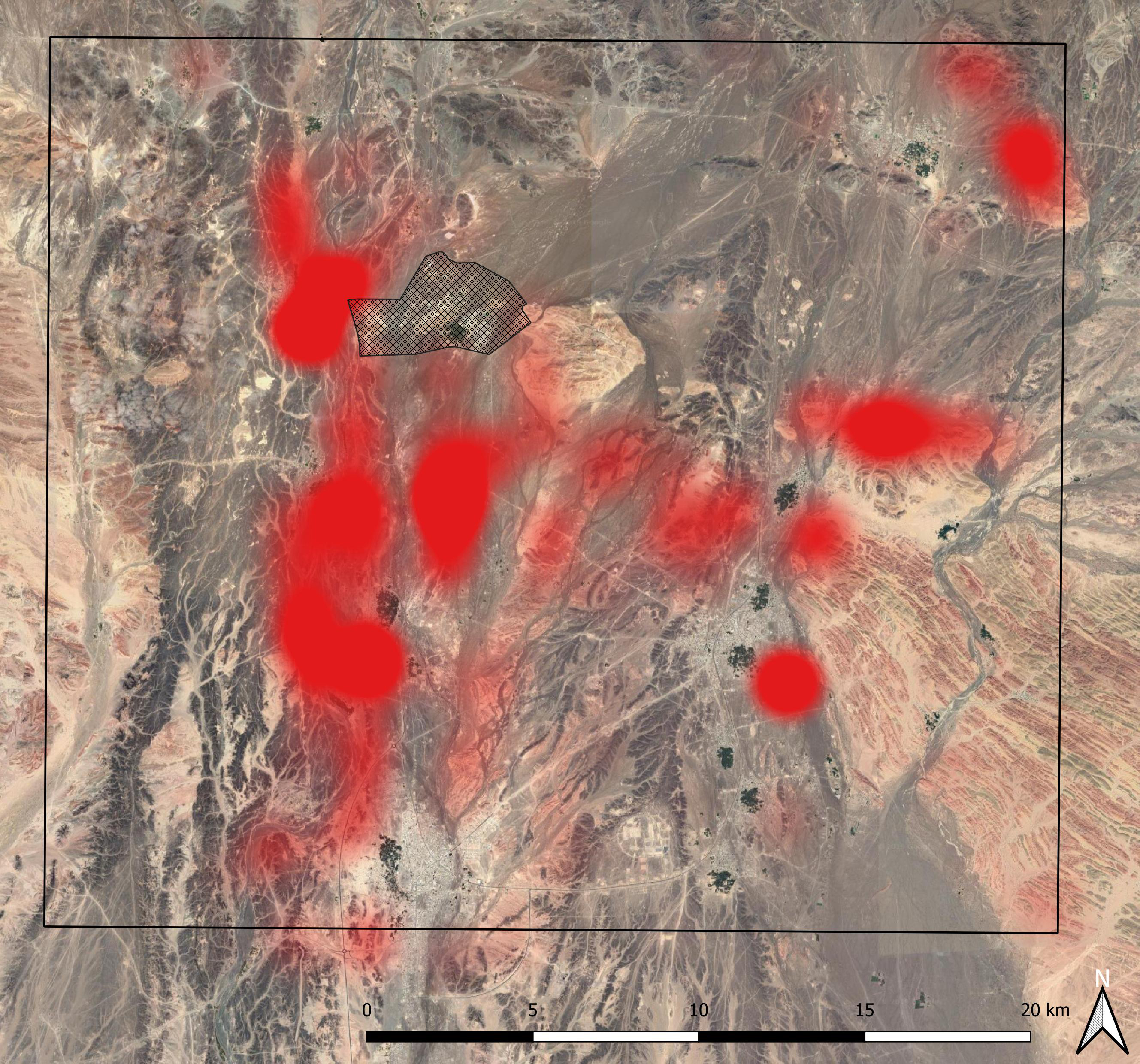 Distribution of archaeological structures in the survey area.

In a second step, a systematic survey was carried out in 2020 and 2021. Here, north-south running transects, which have a distance of 4 km to each other, were systematically field-walked. Three concentrations of finds were discovered. The first of these represents a lithic scatter, possibly a temporal camp site. The other two are Iron Age settlements. Here large quantities of pottery were discovered on the surface.