Al-Zebah is located in the Az-Zahira governorate, about seven kilometres to the northwest of the necropolis of Bat. The site is situated in a plain that is surrounded by mountains on three sides. It is characterized by large, rectangular structures that are spread over an area of 150 x 200 m. Al-Zebah was first mentioned in 1989 by Gentelle and Frifelt, who however assumed that the structures visible on the surface are the result of modern reuse of old tomb stones. In 2006 the site was visited by Gerd Weisgerber from the German Mining Museum Bochum and Sultan al-Bakri from the Ministry of Heritage and Culture of the Sultanate of Oman, who report on the numerous Umm an-Nar period pottery sherds lying on the surface. For this reason they dated the site to the 3rd millennium BC. Between 2012 and 2015 archaeological investigations from the University of Tübingen under the direction of Conrad Schmidt took place at Al-Zebah. In the process of these excavations, three house complexes, Building III, Building IV & V and Building VI were studied. 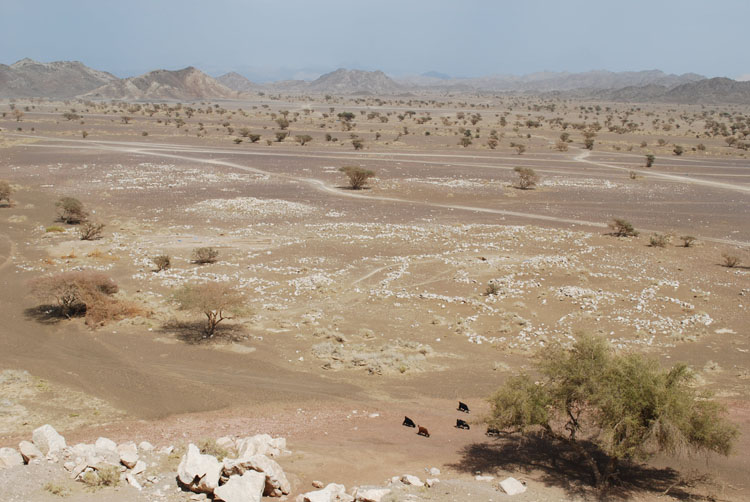 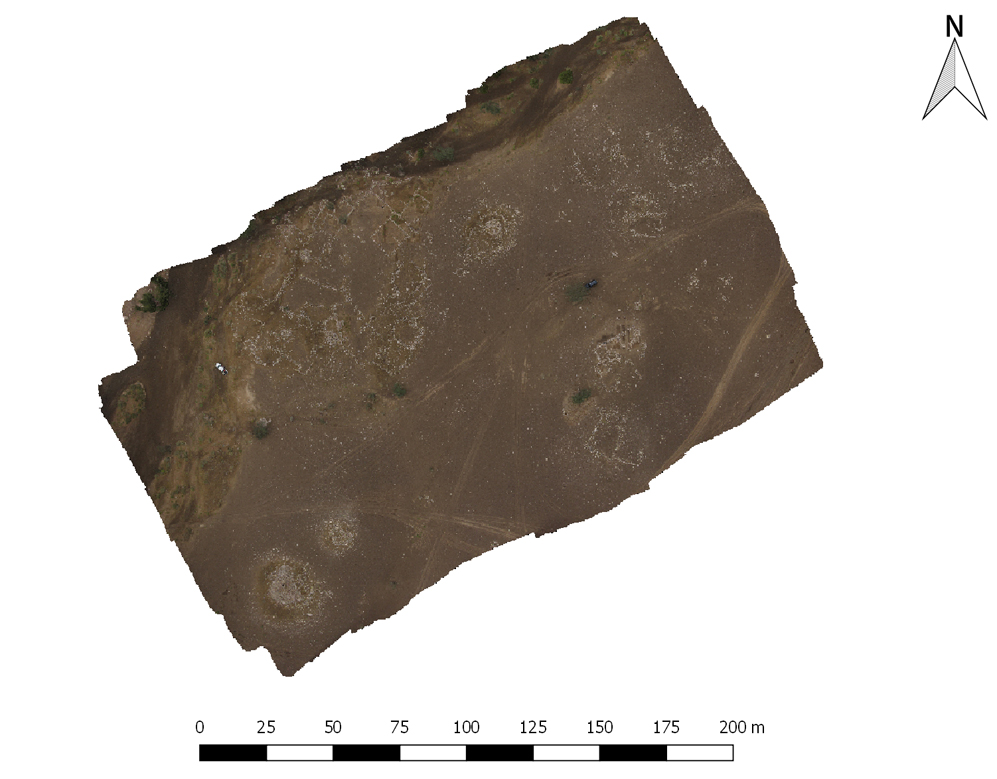 Within the investigated house complex to the north, Building III, a total of nine rooms were uncovered. Some of these rooms, such as Room G for example, have side lengths of more than 8 m, which is surprisingly large. In Room G, several simple fire places were found. Next to Room G there is the 2.2 m wide corridor U, which is accessible from Room G via two ramps. In Room U fire places were present as well. Radiocarbon analyses were performed on the charcoal from these fire places, which provided dates for the end of the Umm an-Nar period around 2200−2100 BC. To the north of Room U, Courtyard V with two side-rooms, Room L and Room O, follows. Numerous fire places and small ash heaps were found. Around side-room L are three large pottery jars. The room is dominated by a large hearth carefully lined with large stones. An opening in the second side-room O leads to the large Room I. This one is triangular in plan, but was originally most likely rectangular. The northern part of the rooms was probably washed away by a severe flooding of the wadi to the north of Building III. The new, diagonally running external wall of the building was subsequently strengthened by different building measures. Room I also features a small side-room, Room DA, which is similar to Room L surrounded by large pottery vessels. For both rooms it can therefore be assumed that activities related to food processing were conducted here. 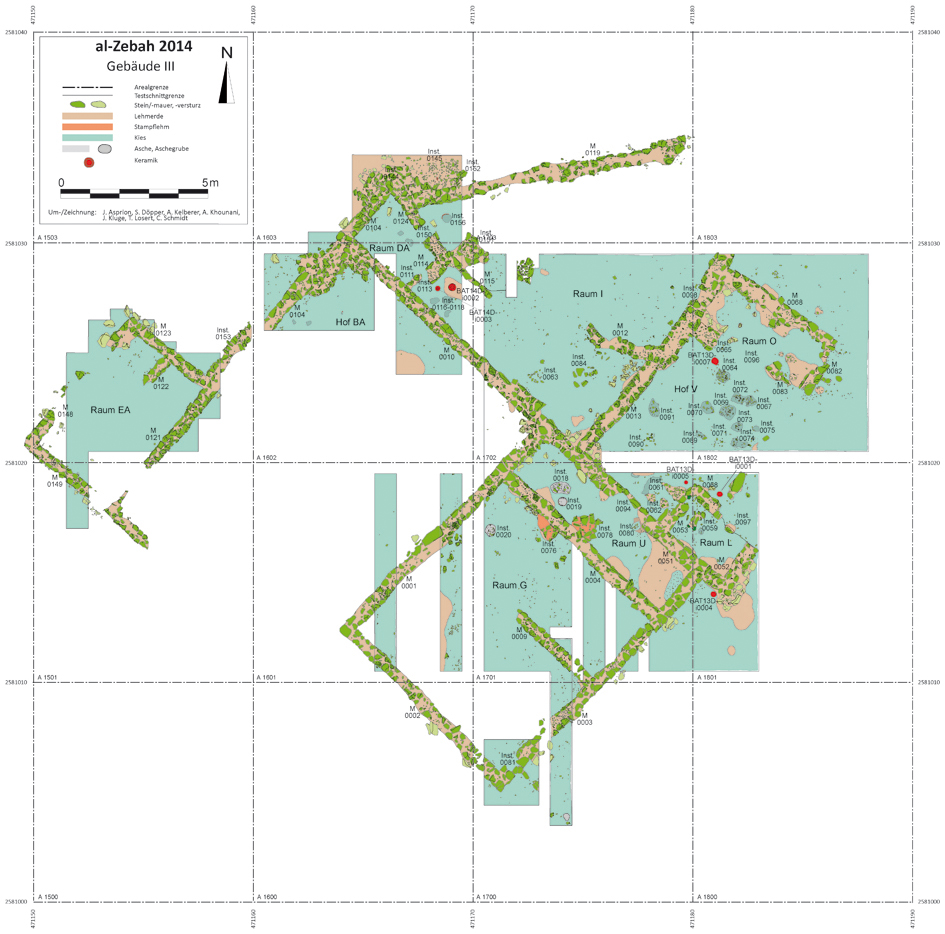 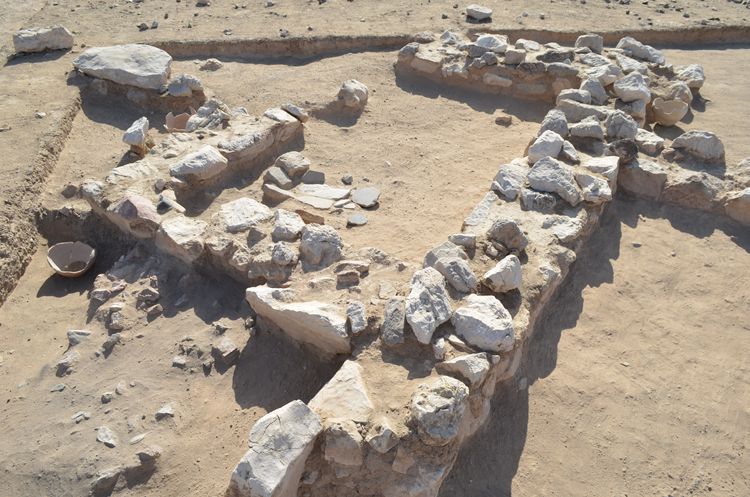 Room L in Building III with large hearth in its interior and pottery jars placed back after their restoration outside the room.

Building IV lies in the western part of Al-Zebah. It shows several phases of remodelling and alterations, which most likely all date to the Umm an-Nar period. The oldest phase consists of at least six rectangular rooms. Different fire places and Umm an-Nar period pottery sherds were found on the floors of these rooms. Above them are the remains of younger walls that follow for the most part the course of the older ones. No floors associated with these walls were identified. The younger walls are linked to a round structure, like at Building VI, which was labelled Building V. Building V is a round heap of stone with a diameter of 4.90 m and a maximum height of 1.20 m. Its interior features a cavity measuring 0.50 m in diameter. The excavations of Building V generated no finds. Therefore, the function of this and comparable structures at Al-Zebah remains open. 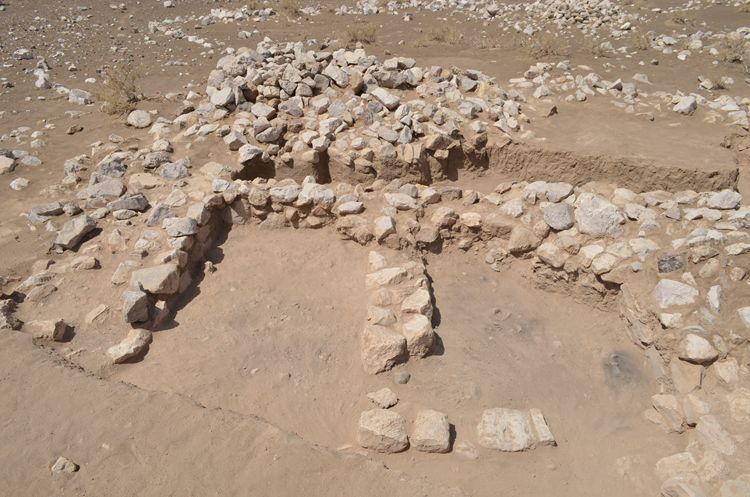 Building VI is located in the east of Al-Zebah. Its original ground plan is composed of a large, square room, Room AA, that is followed up by the small Room CA. At a later stage Room AA was divided into two smaller rooms, Room HA und Room FA. These two rooms are linked to a circular structure in the centre of Room AA. An annex to Building VI was added in the northeast. It was labelled Room GA. The walls of Room GA differ from the walls of the other houses at Al-Zebah insofar as they are constructed with upright standing stones and present an overall less careful appearance. Two fire places that are marked by a red ring of burned clay are present in Room GA. 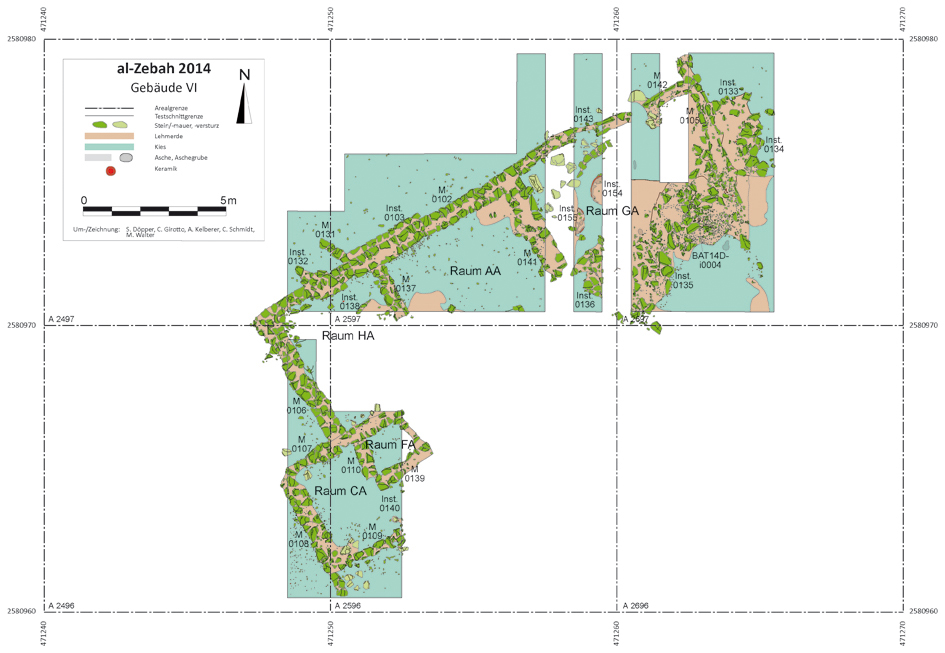 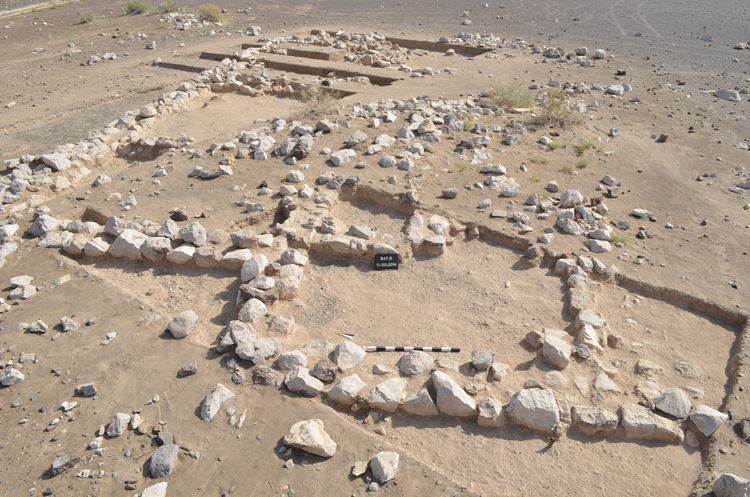 Gerd Weisgerber reports an Umm an-Nar period tower on a small hill to the northwest of the settlement from his visit in 2006. Back then he identified several walls and found a pottery sherd from the 3rd millennium BC. Today the hill is heavily affected by test detonations carried out by the local company operating the quarry. The locals refer to the hill as Hosn Qarri. The team from the University of Tübingen generated a 3D model of the hill, in which the remains of at least three terracing walls are clearly visible on its western side. On the steep eastern side of the hill, no walls are visible.

In 2015 geophysical investigations were carried out by Jason Herrmann from the University of Tübingen in the open areas between the buildings in the settlement of Al-Zebah. The aim was to find out if there are buried structures and how the open areas were used. 34 20 x 20 m quadrants were prospected. The results show no structures so that it can be assumed that those areas were also free spaces in the Umm an-Nar period. 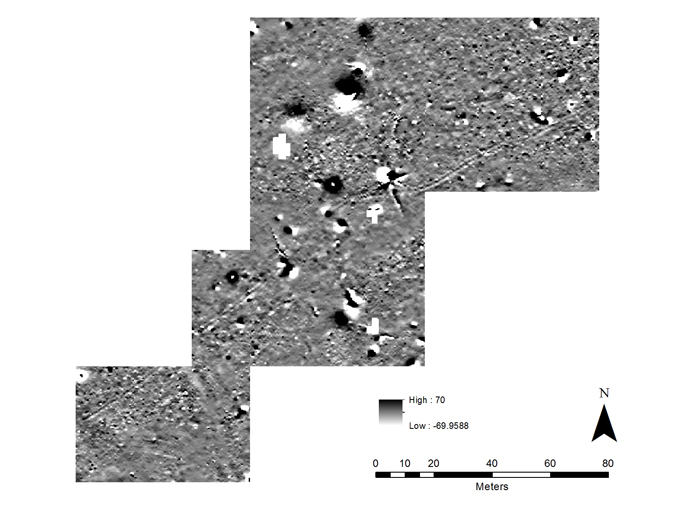 Results of the geophysical prospection in the area between Building III and VI (Jason Herrmann).